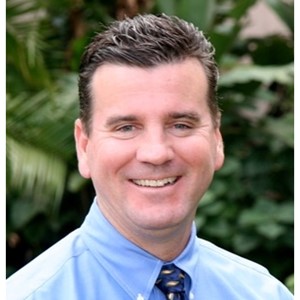 Michael Russo has been with the City of Calabasas in Los Angeles County since June 2019 as Communications Director. He oversees all video content for the city's websites and PEG channel, information technology, as well as external and internal communications. Prior to that, Michael spent 18 years as Multimedia Manager at the County of San Diego.

Michael’s background is in broadcast news where he spent 16 years in San Diego radio and television as a reporter and anchor – first at the CBS and ABC radio affiliates, then at NBC San Diego, the NBC-owned television station.

Michael holds a Bachelor’s Degree in Broadcast Journalism from San Diego State University, and a Master’s Degree in Organizational Management from the University of Phoenix. He has won numerous awards, including five regional Emmys, two “Golden Mikes”, and several awards from the San Diego Press Club and the Society of Professional Journalists. In 2020, Michael’s team at the City of Calabasas won NATOA’s Overall Excellence honor, as well as in 2013 with his team at San Diego County. In 2015, Michael received NATOA's Brian Wilson Award for Programming Excellence.

Michael and his wife Karen – an interior designer – have an adult son named Sean.