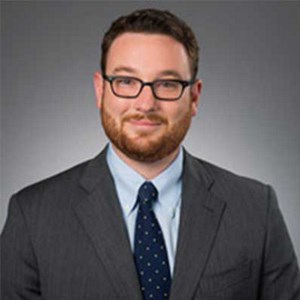 Robert (“Tripp”) May, Partner, specializes in telecommunications infrastructure, and represents both public agencies and private landlords in regulatory and transactional matters.

Tripp advises local governments and public agencies on the scope of local authority in wireless facilities siting, on private property, public land and in the rights-of-way. He drafts and revises wireless ordinances, and counsels government staff and officials on federal and state rules for permit application processing. In addition, Tripp assists local governments develop permit applications, planner reference guides and other non-legislative materials for compliance with new federal regulations.

Tripp regularly speaks on panel discussions for governments, planning associations, wireless associations and at wireless facility conferences. He also writes articles on the subject for newspapers, trade press and other publications. He devotes significant pro bono efforts to represent public agencies in federal wireless proceedings. This year, he co-authored the amicus curie brief in Montgomery County v. FCC on behalf of the League of California Cities et al. In 2014, Tripp was recognized by the States of California and Nevada, National Association of Telecommunications Officers and Advisors (SCAN NATOA) as its Member of the Year for his outstanding pro bono federal advocacy on behalf of California local governments in Federal Communications Commission rulemaking proceedings.

Mr. May is admitted to practice by the State Bar of California.