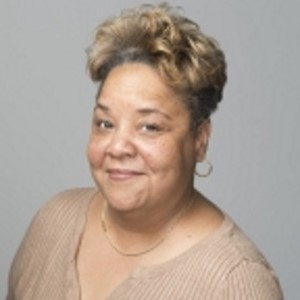 Joining the organization in 1988, Karen began her tenure as a Television Equipment Operator, to Audio Visual Production Specialist, Senior Coordinator of Operations, and Director of Television Programming in 2007. Ms. Tolson has participated in all areas of production with an emphasis on editing, directing, and production coordination.

Karen received a Bachelor of Arts degree in Broadcast Production from Howard University, and has worked at WHUT – TV, the Discovery Channel, WRC-NBC4, and currently resides in Washington DC.