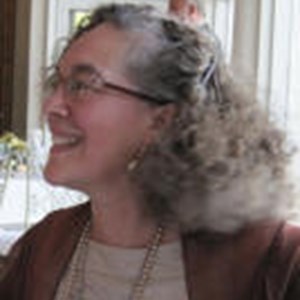 City of Eugene, OR

With a 30+ year public and private sector history in social services, economic development, legislative advocacy, grants management, public rights of way advocacy, and telecommunications program management, Pam has been with the City of Eugene over 20 years, initially in the City Manager’s Office staffing the City Council. Currently, Pam is Eugene’s Telecommunications Program Manager in the IT Division. She is involved in licensing long-term users of the public rights of way, typically telecommunications and cable companies but also other utilities, and railroads. She assists private companies who wish to contract for the use of City property for fiber or wireless installations, oversees the cable TV franchise which provides 4 community TV channels, and oversees an internal grant funding program for new City telecommunications technology pilot projects of community benefit, including municipal broadband accessibility and digital inclusion initiatives.

Pam is Past-President of the Oregon Chapter of NATOA and was an elected member of the NATOA’s national board of directors for 2 terms. She serves on ad hoc committees such as NATOA’s Broadband Committee and Policy/Legal Committee, the League of Oregon Cities’ Telecommunications Advisory Committee, and the multi-government Oregon Regional Fiber Consortium. She was a 4-year member of the Governor-appointed Oregon Telecommunications Coordinating Council and was a 4-year appointee of the US Department of Interior to the BLM grants advisory committee for critical water and land improvement projects.

Pam is a member of the American Public Works Association and served on its Donald C. Stone Project Credentialing Council. She is a past recipient of an Oregon Connections Project Team Award, and the Edwin B. Parker Enduring Achievement Award. She holds a MA Degree in Social Psychology from UC D avid. Pam’s program website is at www.eugene-or.gov/telecom and she can be reached at 541-682-5590.

City of Eugene, OR