Back to 2021 Conference Attendees 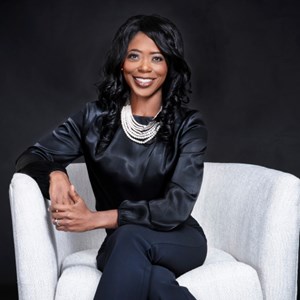 Prior to Charter, Johnson was Corporate Vice President, Government and Industry Affairs with Bright House Networks. In 2006, she joined the company as a key leader that brought the company’s competitive local exchange carrier (CLEC) forward from concept to operational reality. Johnson’s tenure in the technology-driven industries includes prior service in numerous legal, regulatory and policy roles. Before joining the Bright House Networks team, Johnson worked at Supra Telecommunications (a subsidiary of FDN Communications) where she was General Counsel, and previously served as Vice President and Senior Counsel for KMC Telecommunications, where she oversaw KMC’s regulatory, legislative and industry relations at both the state and federal levels.  Johnson has also held auditing, marketing, and product development positions with Arthur Andersen, BellSouth, and MCI.

Currently, Johnson serves as the vice chair of the Florida State Board of Education, on the Enterprise Florida board, and as the Immediate Past Chair for the Global Board of Women in Cable Telecommunications (WICT). She served as a member of Florida’s Constitution Revision Commission, the Board of Directors of the Florida Virtual Schools of Florida, and the Advisory Board for Rollins College’s Crummer Center for Leadership Development.