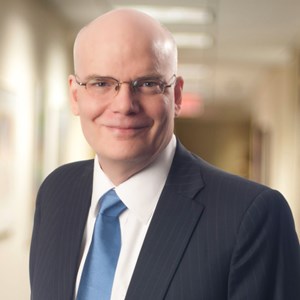 Tillman L. Lay is a partner in the Washington, D.C., law firm of Best Best & Krieger. He specializes in representing local governments and other public sector clients on broadband, telecommunications, wireless siting, cable television, public safety, rights-of-way franchising, tax, property law, constitutional law, antitrust and other federal law matters. He has represented clients before the FCC, Congress, and the courts, including the Supreme Court and several Courts of Appeals. He represented a coalition of local government clients in City of Portland v. United States, 969 F.3d 1020 (9th Cir. 2020), consolidated appeals of the FCC’s recent orders relating to small cell facilities. He represented a coalition of local government and PEG interests in City of Eugene v. FCC, 998 F.3d 701 (6th Cir. 2021), one of several appeals of the FCC’s recent order concerning cable franchise fees. He also represented the National Hispanic Media Coalition in Mozilla Corp. v. FCC, 940 F.3d 1 (D.C. Cir. 2019), the consolidated appeals of the FCC’s Restoring Internet Freedom Order. He has testified before a House Subcommittee on behalf of National Association of Counties, the U.S. Conference of Mayors, the National League of Cities and the Government Finance Officers Association concerning legislation that would have imposed a moratorium on state and local cell phone taxes. He also represented those associations in negotiations that led to the Mobile Telecommunications Sourcing Act of 2000, 4 U.S.C. §§ 116 et seq.. Mr. Lay was NATOA’s 2006 Member of the Year. He received his undergraduate degree with highest honors from the University of Tennessee, and he is a magna cum laude graduate of the University of Michigan Law School. After law school, he clerked for the Honorable John C. Godbold, Chief Judge of the United States Court of Appeals for the Fifth Circuit.