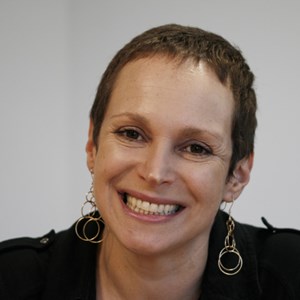 Joanne Hovis is a nationally recognized authority on broadband markets and on the evolving role of public–private partnerships in the provision of communications services to the public. For more than 20 years, she has directed CTC’s consulting services related to strategic planning, market analysis, business modeling, grant funding,and financial analysis for localities, states, and tribal governments throughout the country.
Joanne leads the CTC teams that advise the states of Alabama, Connecticut, Georgia, and New Mexico; the cities of Atlanta, Baltimore, Boston, New York, San Francisco, and Seattle; and the statewide broadband networks in Colorado, Maryland, and Pennsylvania. She also leads CTC’s advisory work regarding federal broadband funding programs.
Joanne has testified before Congress on rural broadband, broadband public‐private partnerships, and the digital divide, and has provided expert presentations to the Federal Communications Commission, the U.S. Conference of Mayors, the National League of Cities, and other national organizations.
Joanne is also CEO of the Coalition for Local Internet Choice (CLIC) and a member of the boards of directors of the Benton Institute for Broadband & Society, Consumer Reports, and the Fiber Broadband Association. She Is a former president of the National Association of Telecommunications Officers and Advisors (NATOA).