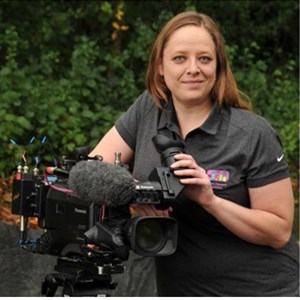 Carmen Hauck has worked for the Northern Dakota County Cable Communications Commission in Inver Grove Heights, MN, as a Government Producer, since 2003. During that time, she has helped produce hundreds of hours of Government programming, including City Government meetings, Election coverage, and many other shows with elected officials, from School Board members to State officials. She also produces the show, Community Parks Connection, and is a reporter and photographer for the award-winning news magazine, Insight 7. In addition to video production work, Carmen also helps manage social media applications and the Town Square Television website at www.townsquare.tv, and she is a Board member for NATOA’s Minnesota chapter, MACTA (Minnesota Association of Community Telecommunications Administrators).