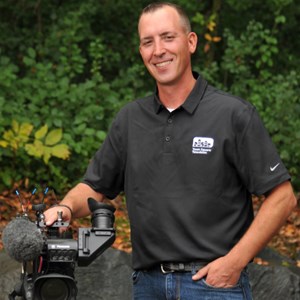 Dennis Rafftery started his career in community television in 1997 at QCTV as a Photographer and Editor for the News and Sports Departments. He moved on to work in the News Department at KSTP, an ABC affiliate, as a Production Assistant and Editor. From there Dennis joined Town Square Television/NDC4, where he started as a Producer and now has managed the Government Channels for the past 21 years and has over 23 years with the organization. Dennis loves great storytelling and has a passion for it! He produces and contributes stories that he shoots and edits for their award-winning News Magazine show INSIGHT 7. He has attended two NPPA news photographer week long workshops, AKA “Boot Camps”. Last year he won an Upper Midwest Regional Emmy in the video journalist category. He has received over 25 regional Emmy nominations throughout the years. He was honored to receive NATOA’s Brian Wilson Memorial Award for Programming Excellence in 2016. Outside of work Dennis enjoys fishing, spending time with his family, and a good laugh.